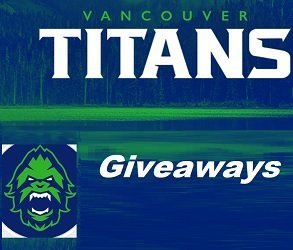 AIGELP is giving away ONE Grand Prize.

The prize winner will be selected in a random drawing right after the contest period, will be notified via email or phone and MUST respond within 3 days.

The Vancouver Titans Rivalry Weekend Giveaway contest is open to the residents of British Columbia, Alberta, Saskatchewan or Manitoba. You must be 18 years of age or older to participate.

To participate in the Vancouver Titans Rivalry Weekend Giveaway contest

Check the new Swagcodes below and enter to earn points. Stay tuned to this post here, as I will update with new codes daily and every point means you are one step closer to redeeming your next FREE gift card!!